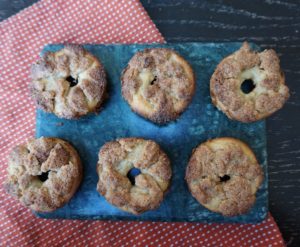 I love finding and eating a great donut. Eating paleo has stopped me from getting my hands on a fluffy, fried donut, but tonight I tried a different approach: baked cake donuts. Inspired by coffee cake, these donuts (while not 100% paleo because of the sour cream), are sweet and moist and filled that donut craving I had. 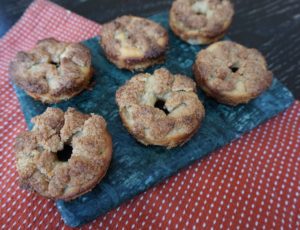